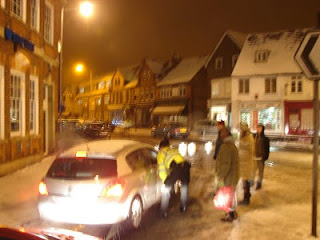 Eventually a row of beer barrels and a police constable protected Caversham  Heights from the frustrated and foolhardy commuters intent on following their fellows to a night of fun and abandon on the side of St Peter’s Hill. 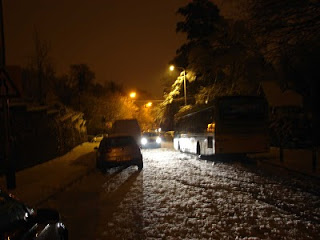 Probably the last attempt of the night. Despite snow chains, it is likely to end in failure because of the narrow passage between cars and trucks on the usually clear road. 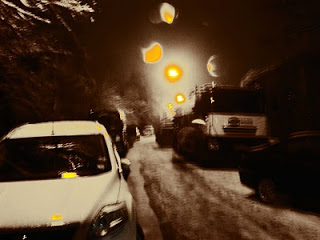 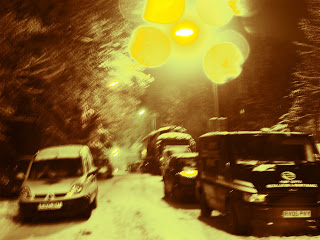 Truck drivers bed down for the night in their bunks while others hope for a midnight thaw!