I bought the Harvey maps for Dark Peak and White Peak in 2012. I’m not sure why. I suppose I want to support this small company with just 8 employees as they compete with Ordinance Survey for our custom. The scale 1:40000 is better for walking than OS’s 1:50000. In most cases it is also better that 1:25000 which sometime seems to cover too much paper. The innovation of printing on thin polythene is great if you are out in the rain, and much much better than the heavy laminated OS maps. But I’d no plans to go to the Peak District.

So, since then, they’ve been hidden away waiting for the right invitation. This came last weekend – an event on Snake Pass. By travelling early the day before I could find time for a ‘taster’ route; five or six hours to sense the landscape and test out some boots.

South of Snake Pass is the high mass of Kinder (c600m). And South of Kinder is Edale, which looks a good start point. There is a station at Edale, and from my home the train journey is around 4 hours. The AA website gives a slightly shorter time for driving, but it actually took longer.

Parking is just by Edale station. The pay-and-display requires £5 in coins for the day. Up in the village is the official start of the Penine Way and at this time, around 11:00 on a Friday in March, there were quite a number of people on this part of the path. 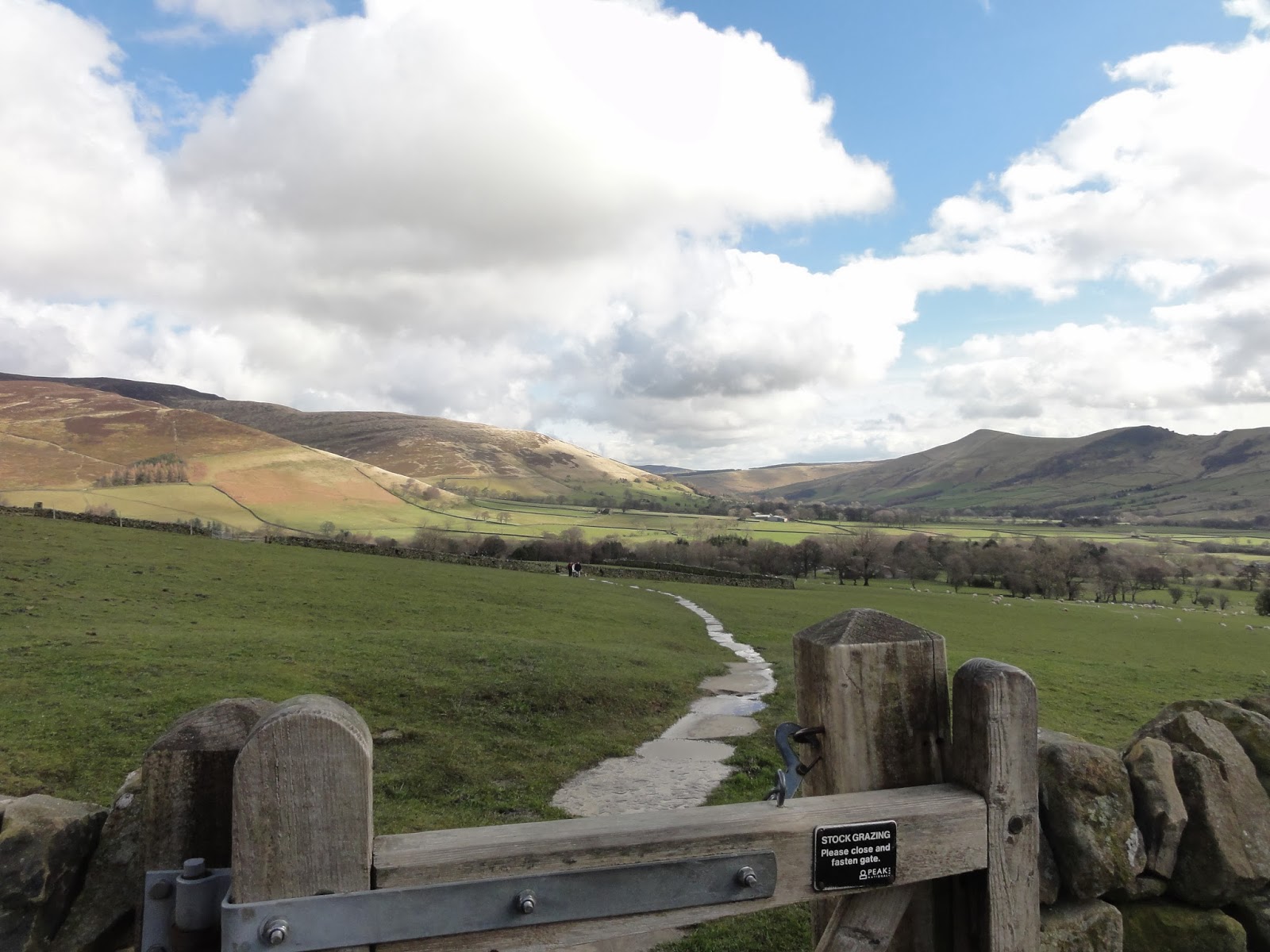 The route heads west along the valley through Upper Booth 2km away. 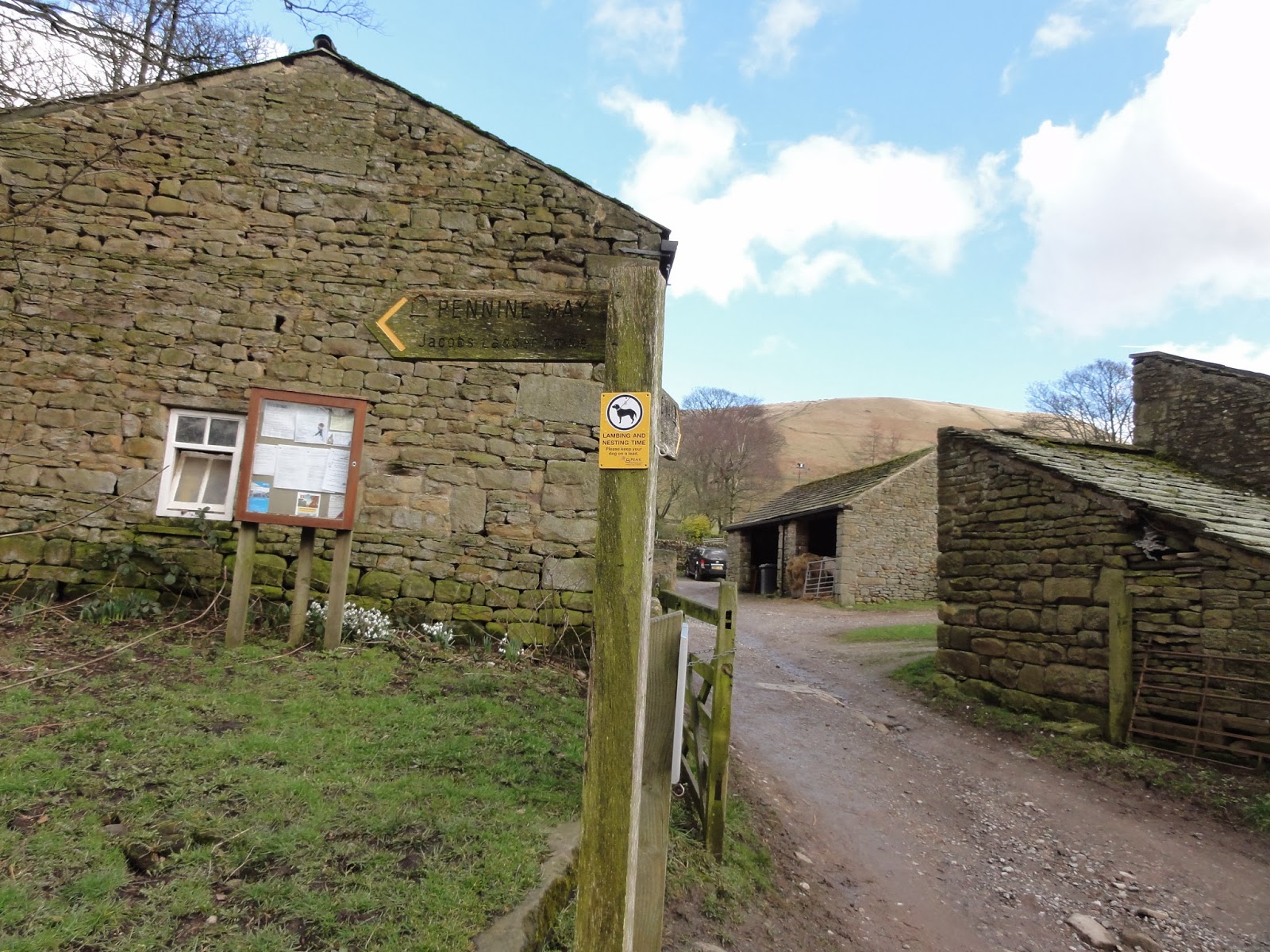 Here at Lee Farm the path swings NE towards Jacob’s Ladder, the name given to the path as it ascends onto the Kinder plateau. 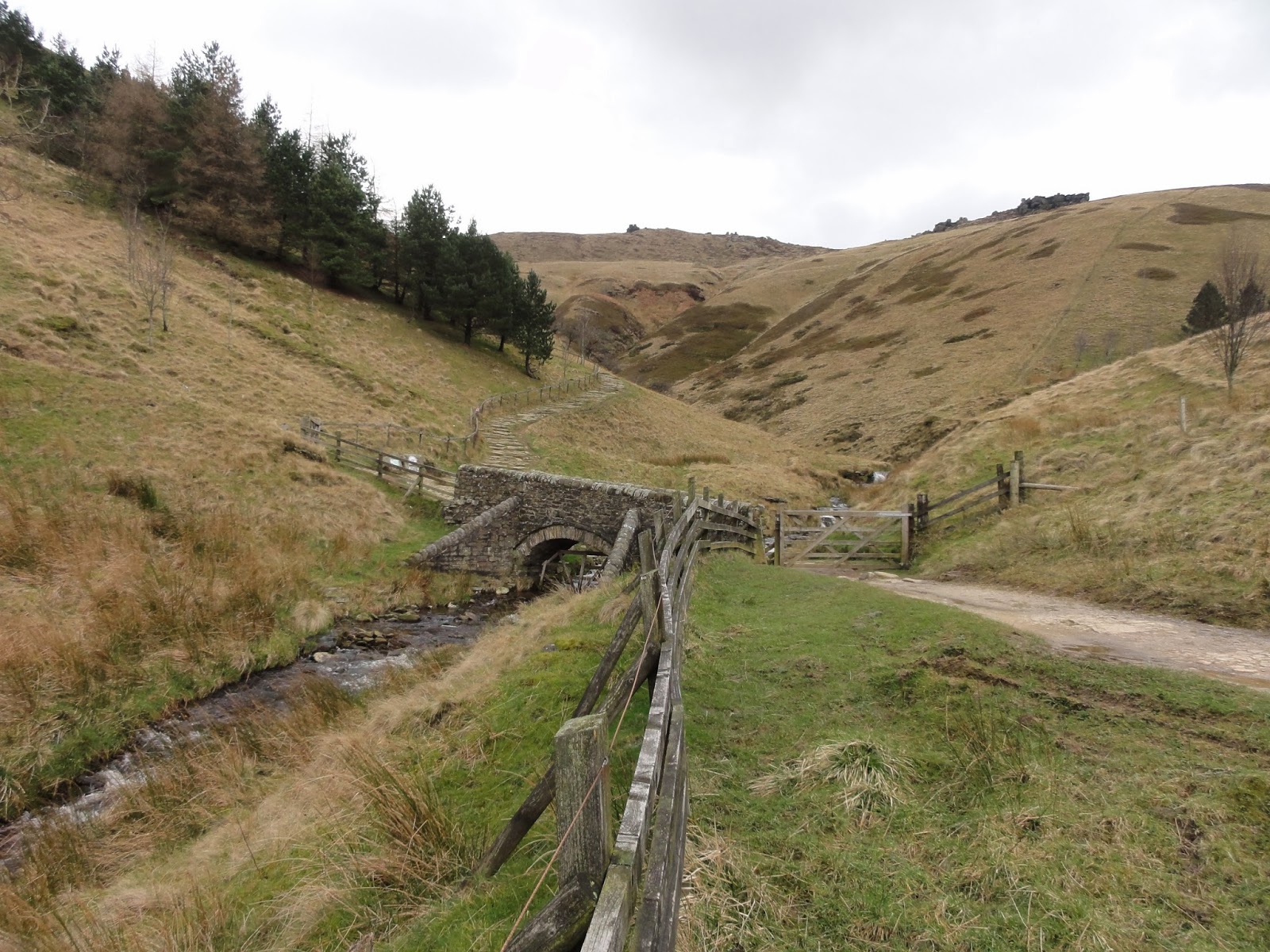 Much of the path that is subject to erosion is paved which helps progress.

It is only 300 metres rise from the valley bottom, to gain the edge of the plateau and the views across Derbyshire. 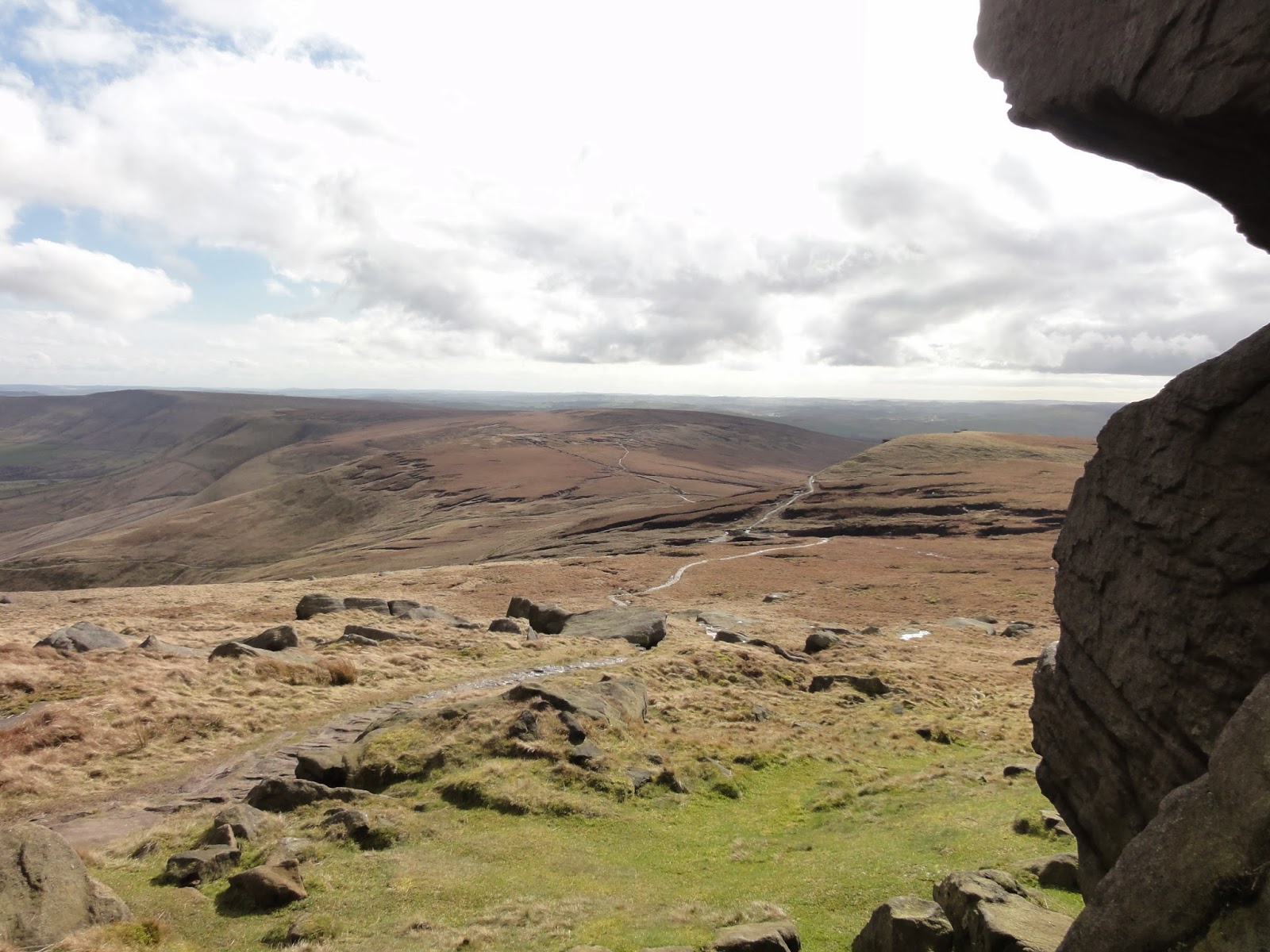 The plateau is relatively flat with a steep edge on all sides. A path follows the edge all around, but only the west side includes the Penine Way. Once this route heads off north towards Bleaklow How the path is much quieter. 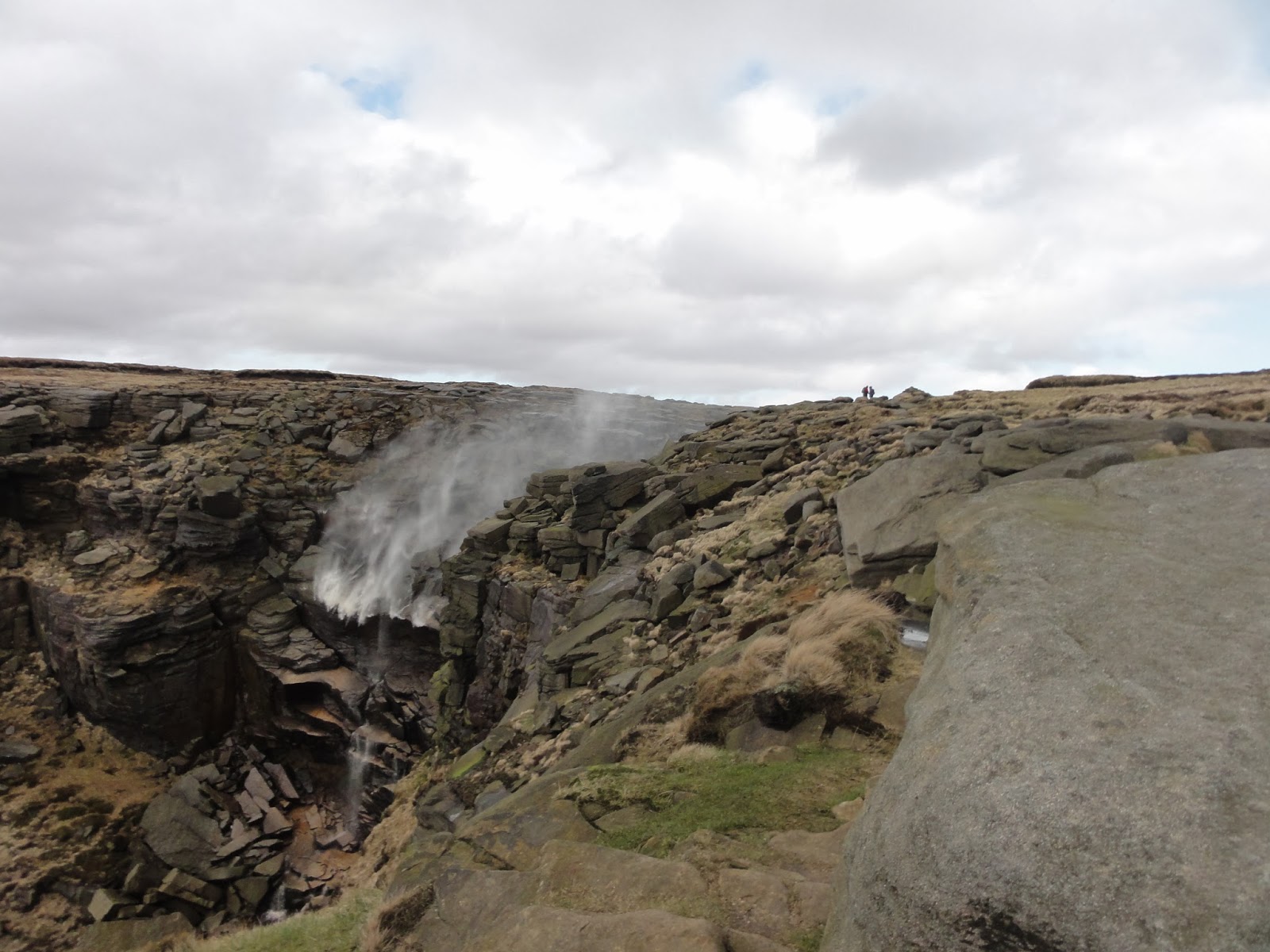 At the west end is a waterfall known as Kinder Downfall. In the high winds the water only gets so far down before it is blown up into the air! 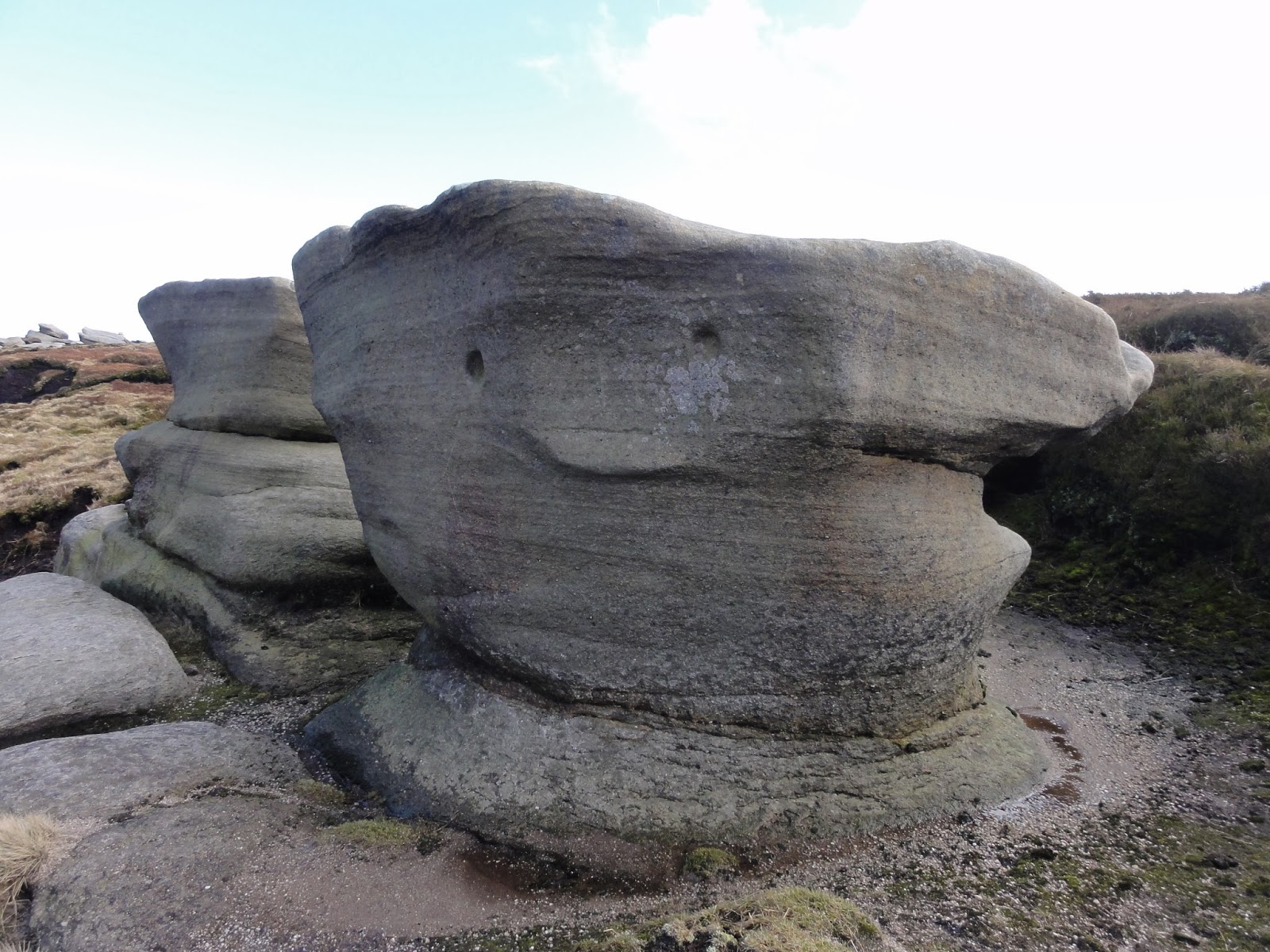 Where rock is exposed on the escarpment it is often sculpted by the weather into interesting shapes. 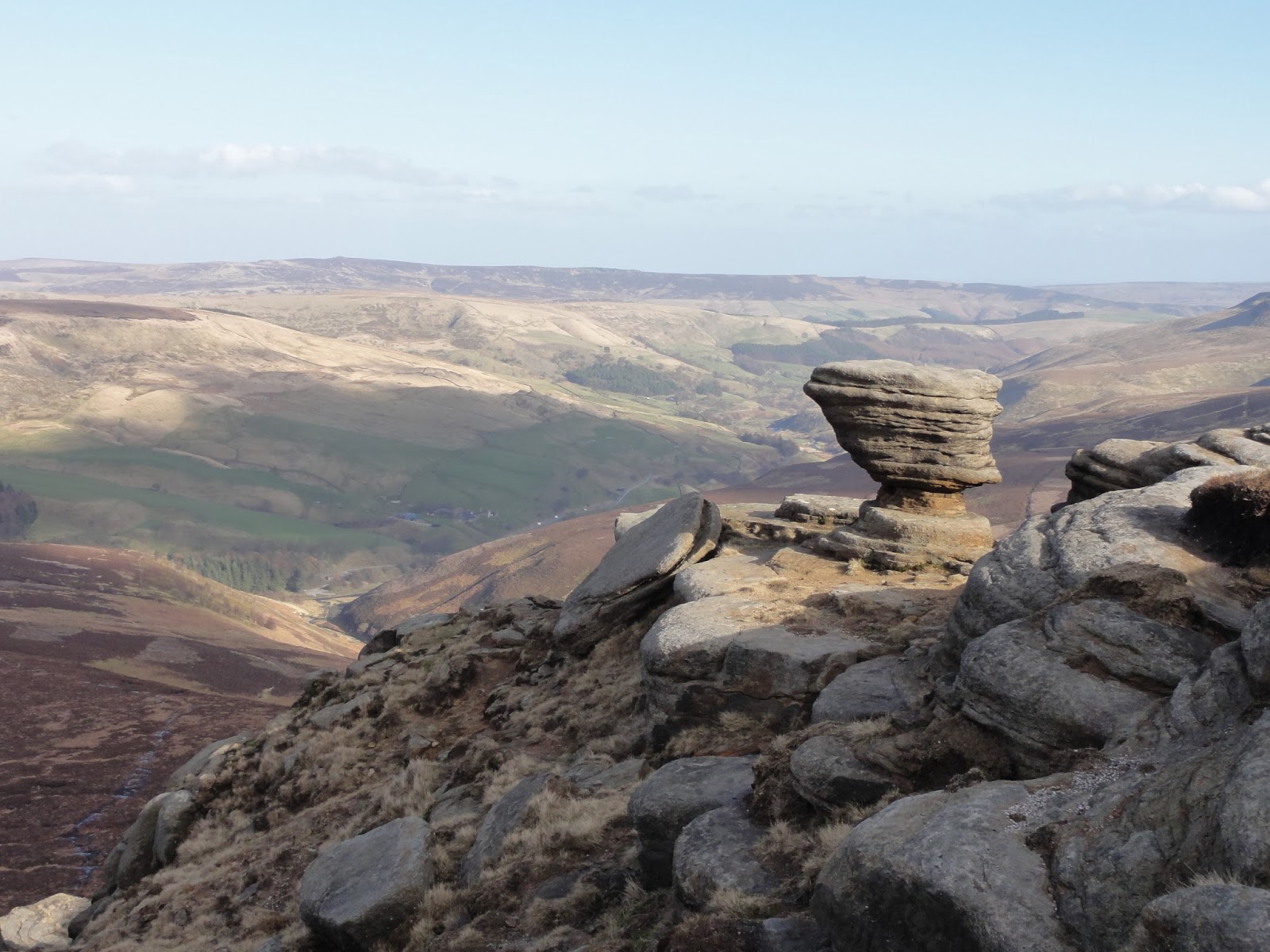 This view looking down to Snake Pass on the north side of Kinder. 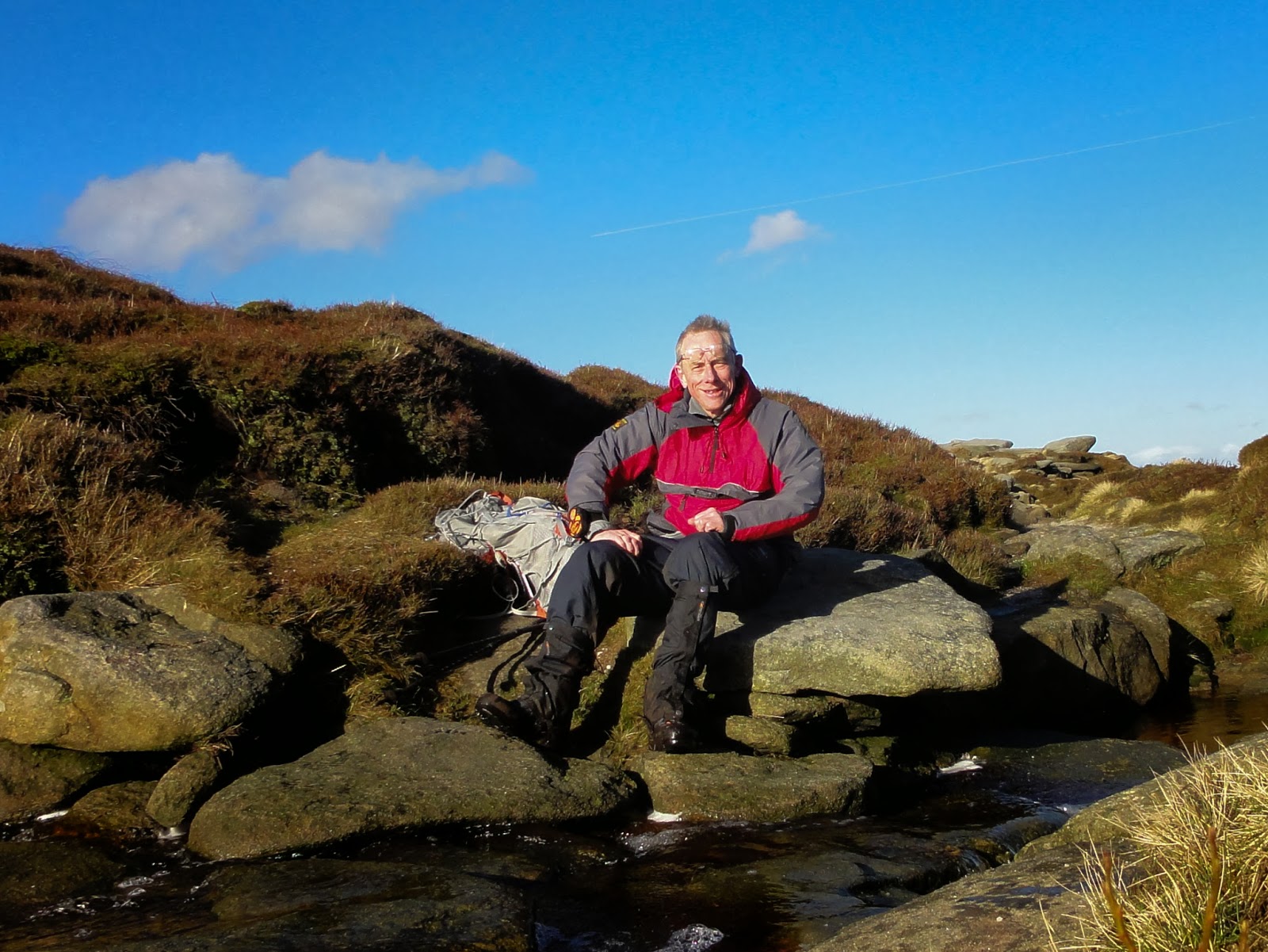 This stream runs into Fair Brook down towards Snake Pass. Here I turned south, following the stream into the centre of the Kinder wilderness. On the map the top is riddled with a myriad of streams. Some of them have running water, others are just deep cuts in the soft peat which make the landscape like an obstacle course. 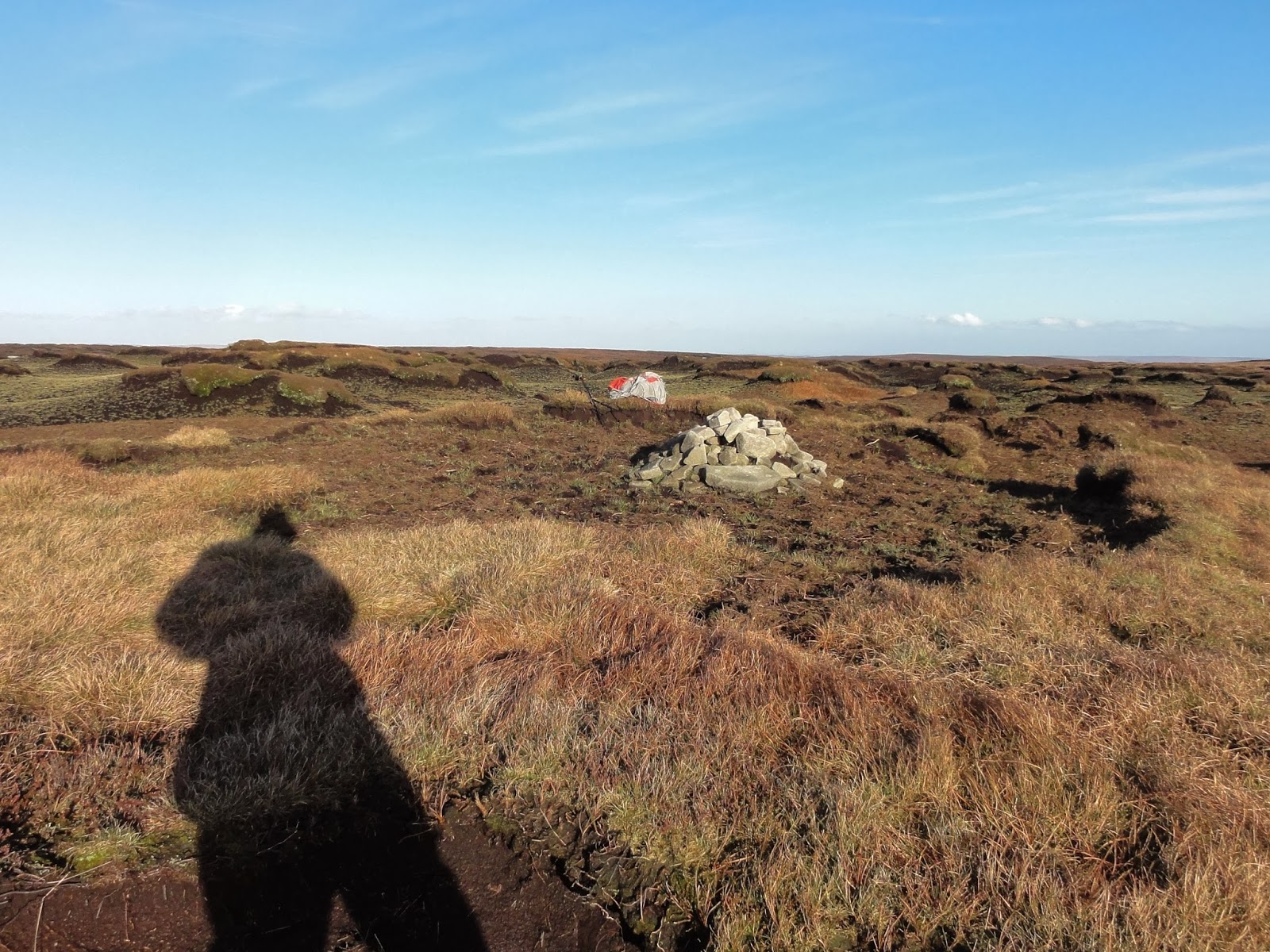 Where is the top of Kinder? This is far from clear. There is a spot marked Crowden Head on maps with an elevation of 631m. On the uneven ground it is hard to recognise any place as the highest, and I only reached this point by zig-zagging over the area with a GPS in hand. It is marked by a small cairn shown in the photo above. But there are no paths nearby. 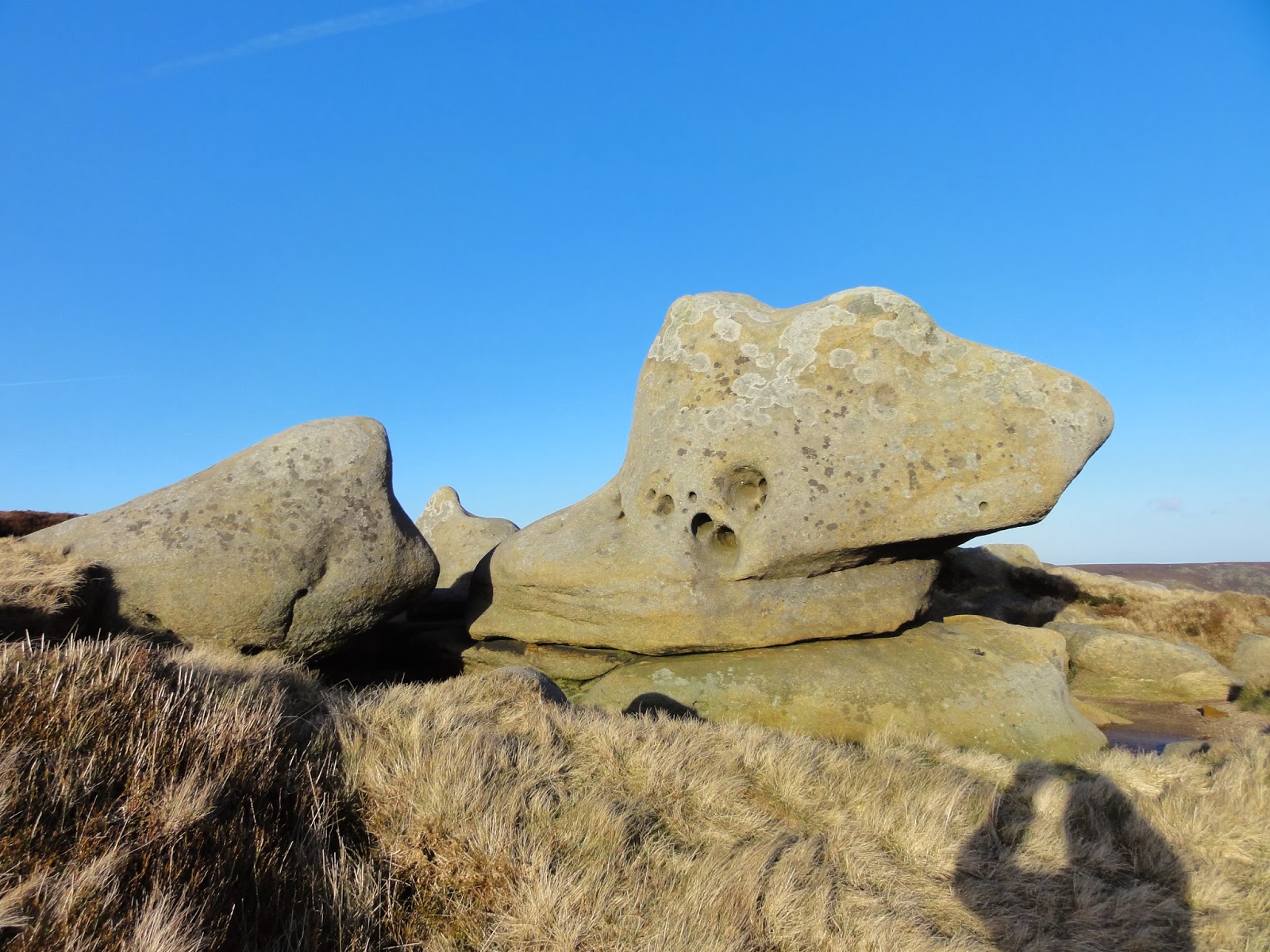 Reaching the Southern edge again, the low sun from the west illuminated the valley and picked out faces and shapes in the eroded rocks. 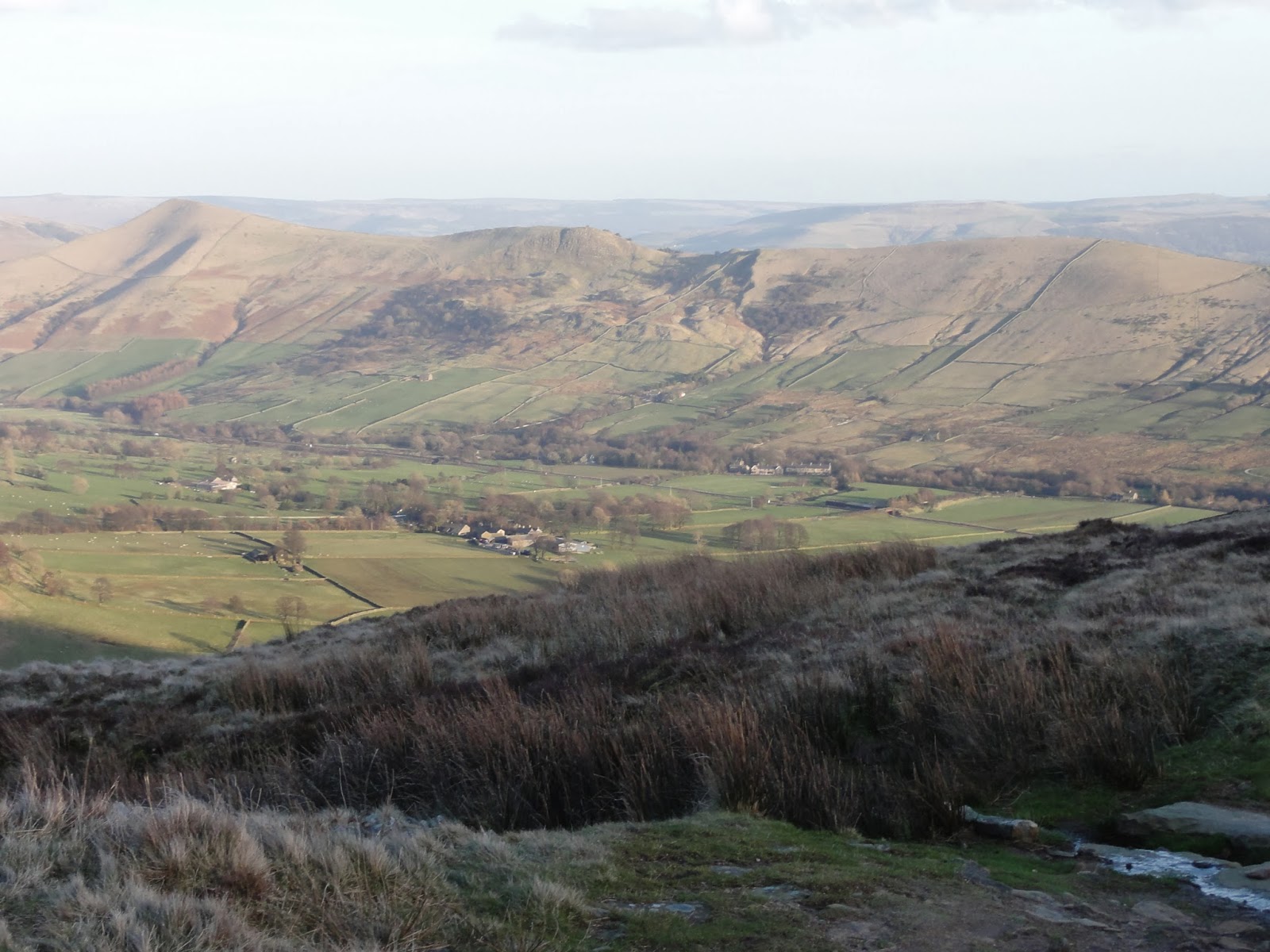 The route down is via Grindslow Knoll. There’s a good path and quite soon you are outside ‘The Old Nags Head’. With a big sign “HIKERS’ BAR” it is impossible to resist.

A pleasant walk with varied scenery. My route completed in 6 hours was around 21 km with 700m of ascent. Navigation across the top, even with fine weather requires a compass or GPS.