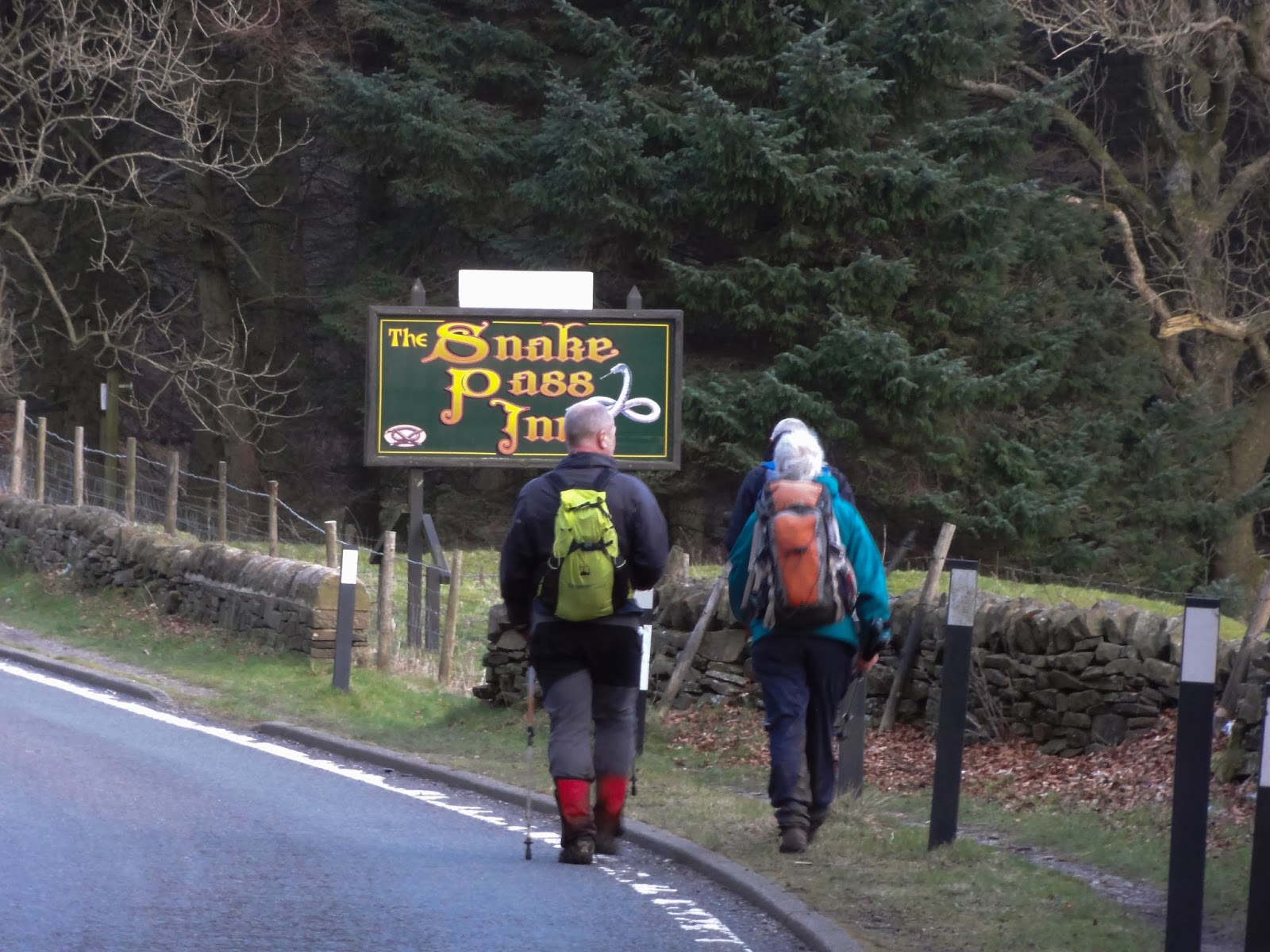 The Snake Pass Inn is in an excellent location between two of the highest masses in the Peak District – namely Kinder and Bleakhow. The room decor is bizarre, but people aren’t coming here a 4 star hotel experience. 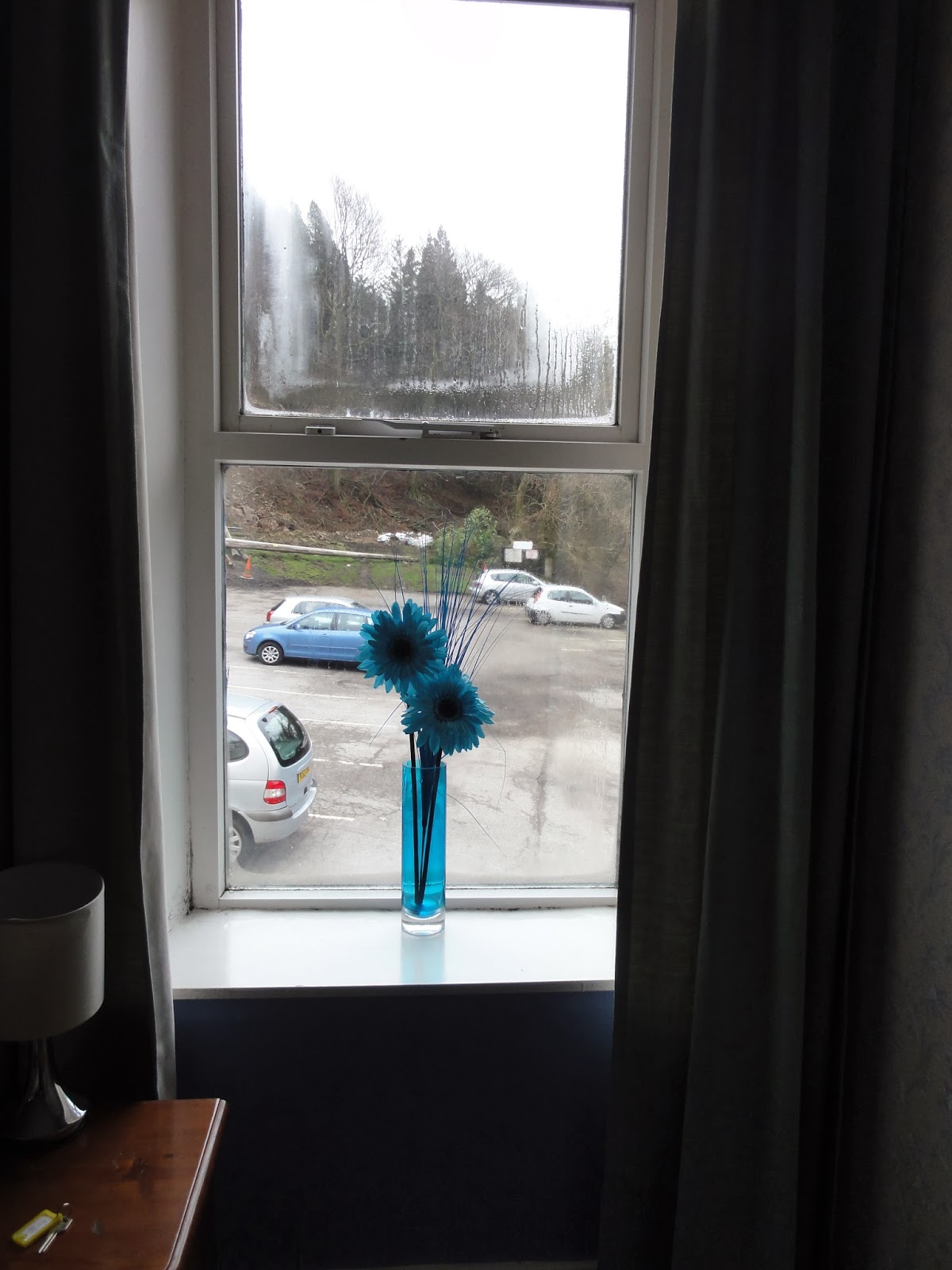 Several of my companions in fact decided to forego the room experience altogether and camped in the woods below. 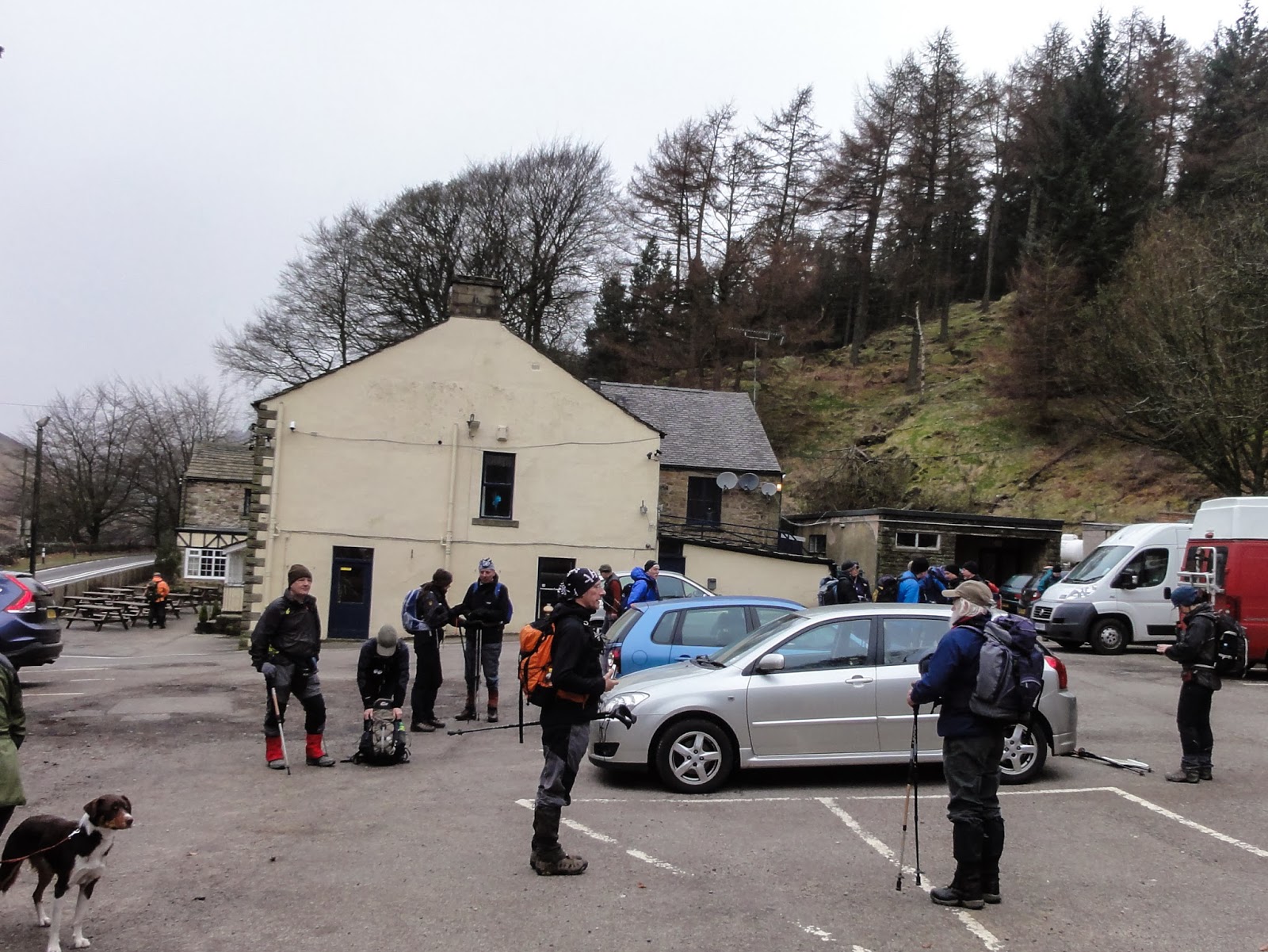 This is the TGO Spring Experience (or Gathering) – and you may well see some familiar faces milling around the carpark on Saturday morning.

The excellent Graham Brookes planned a fine walk starting from the hotel. A figure of eight looped over Shelf Moor on Bleaklow to the north of Snake Pass and around on Mill Hill and Black Ashop Moor to the South. The first loop was around 15km, with the second an additional 7km. 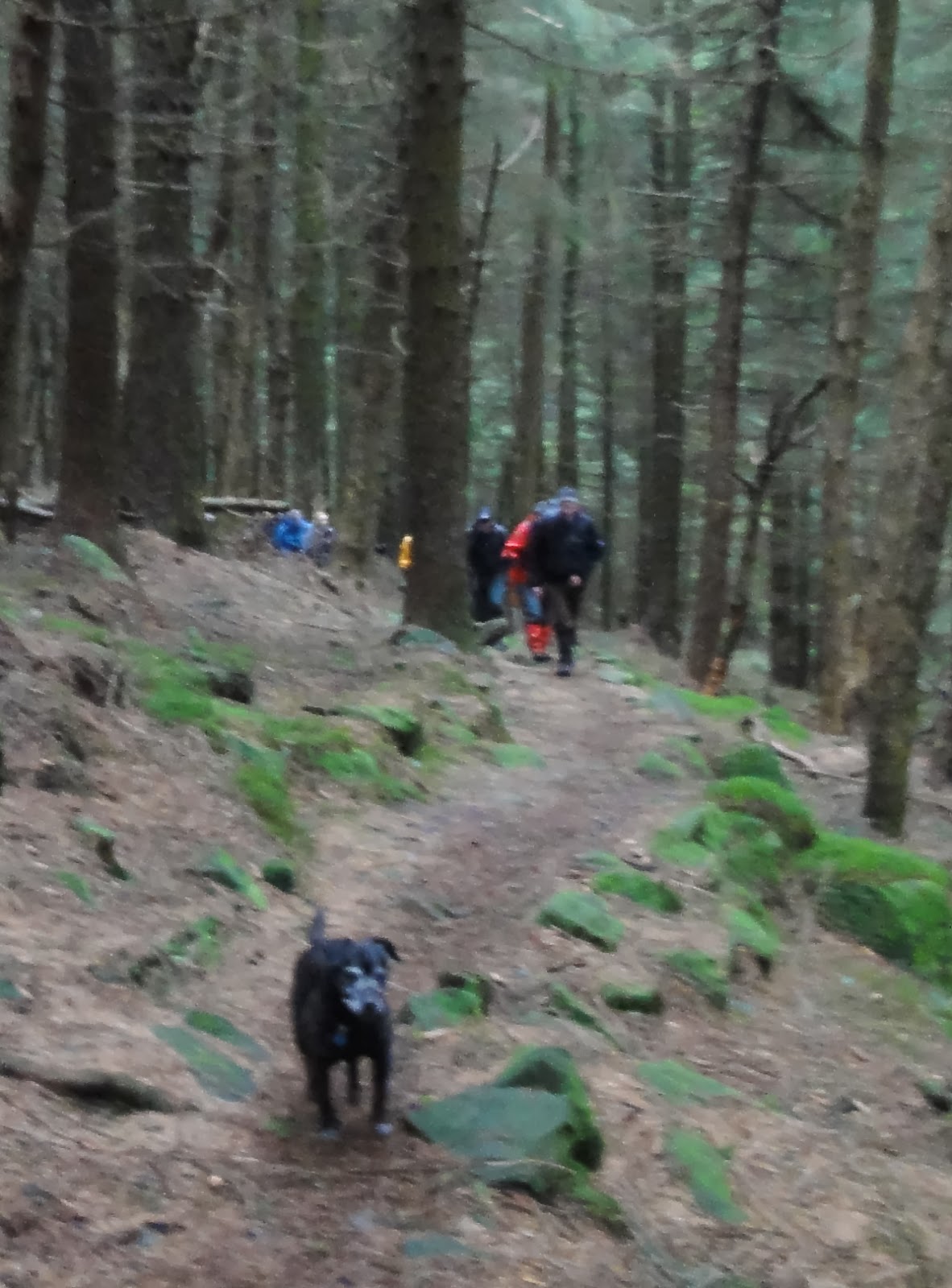 On the TGO dogs have to go undercover as the Powers strictly forbid the use of four legs. So this was an opportunity come out and for some to take the lead. 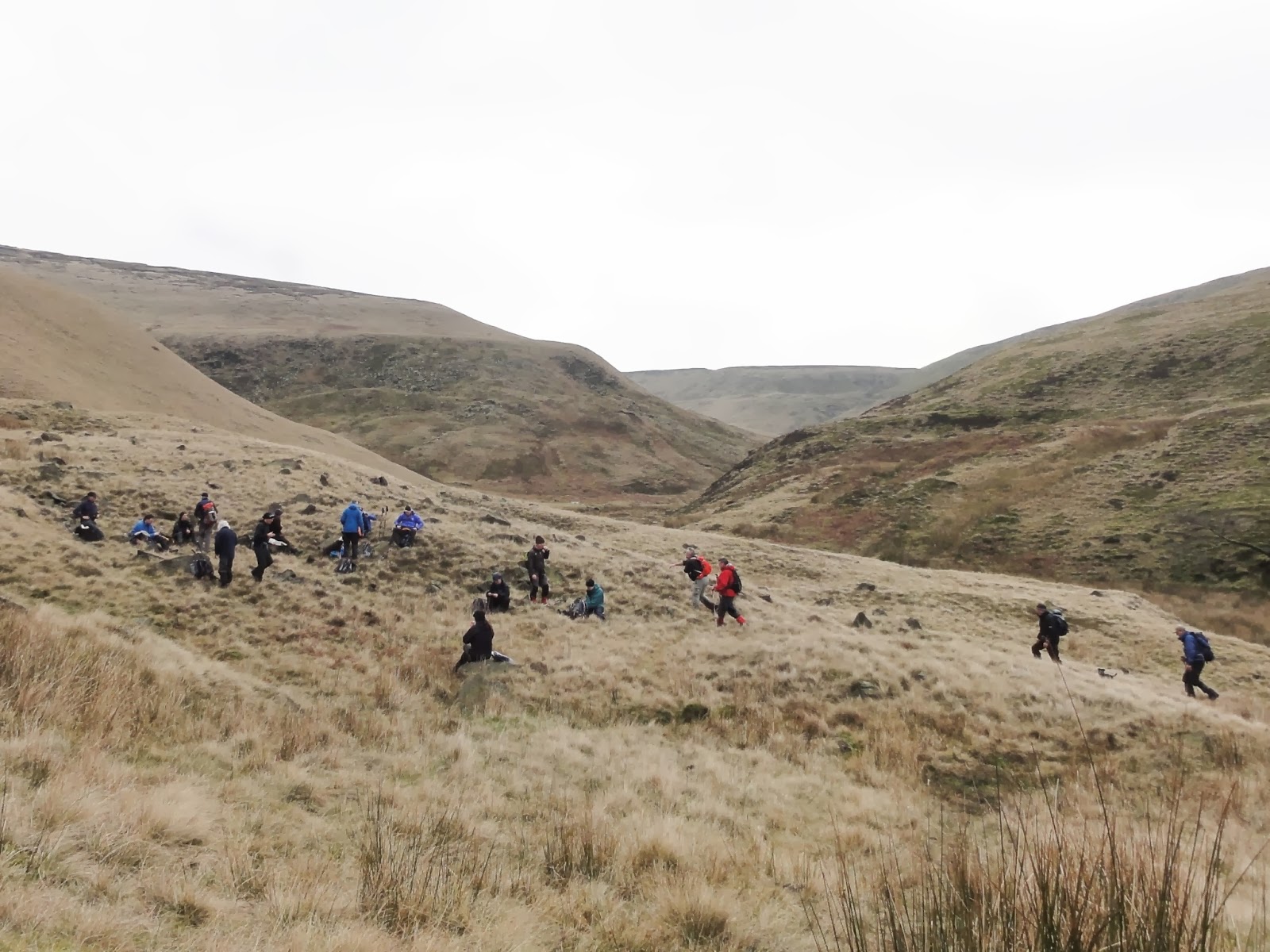 The telephoto lens does not reveal what is being distributed here by the man in the black headscarf (click on the image to zoom in). But shortly afterwards the TGOers energetically swarmed up the hillside to the first wreck of the day. 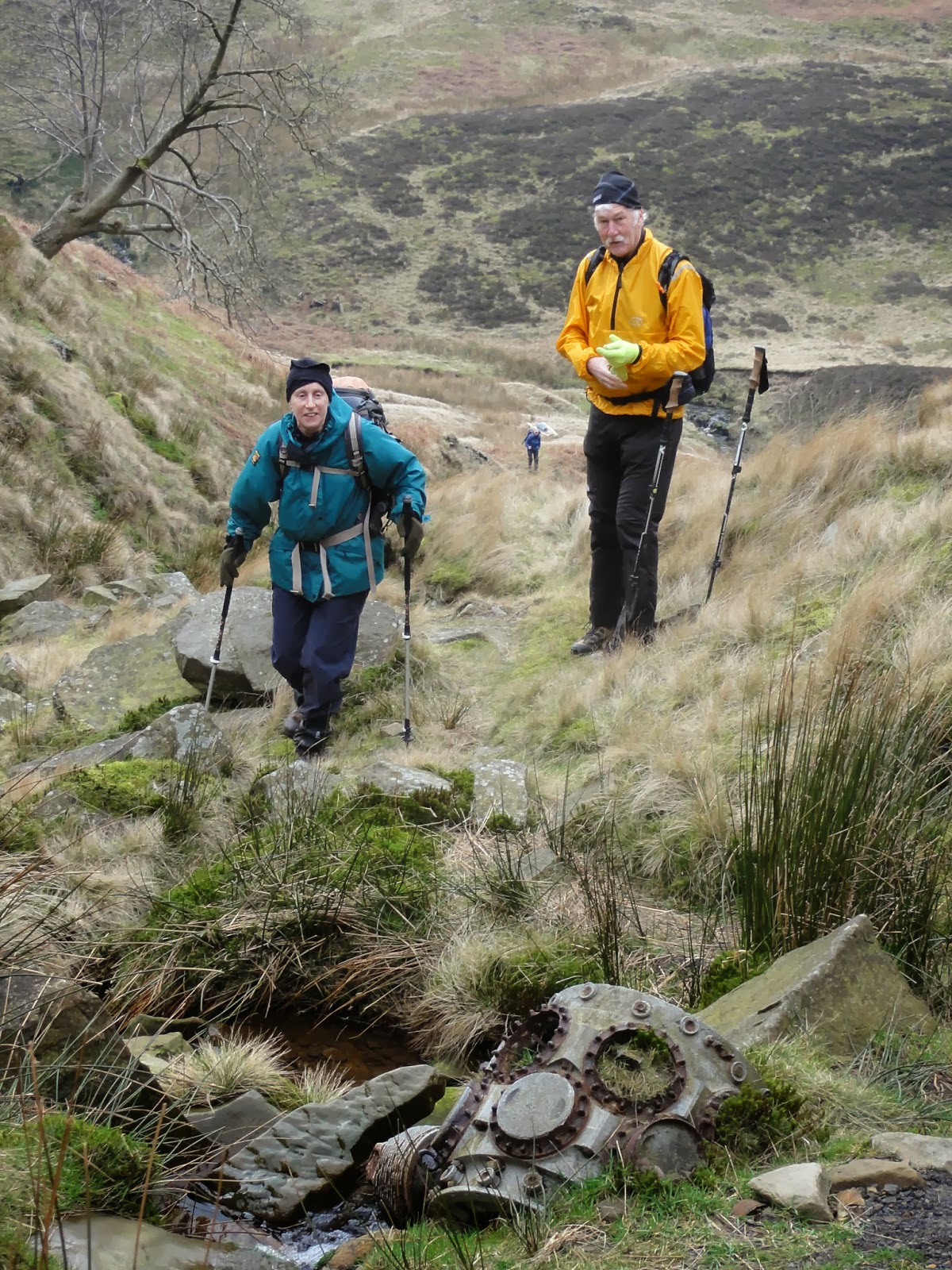 Gordon adjusts his gloves while Brenda sneaks up on the remains of a C47 Skytrain.

There are more than 50 wrecked aircraft on the hills near here; some of them sneak up behind you when you are looking the other way. 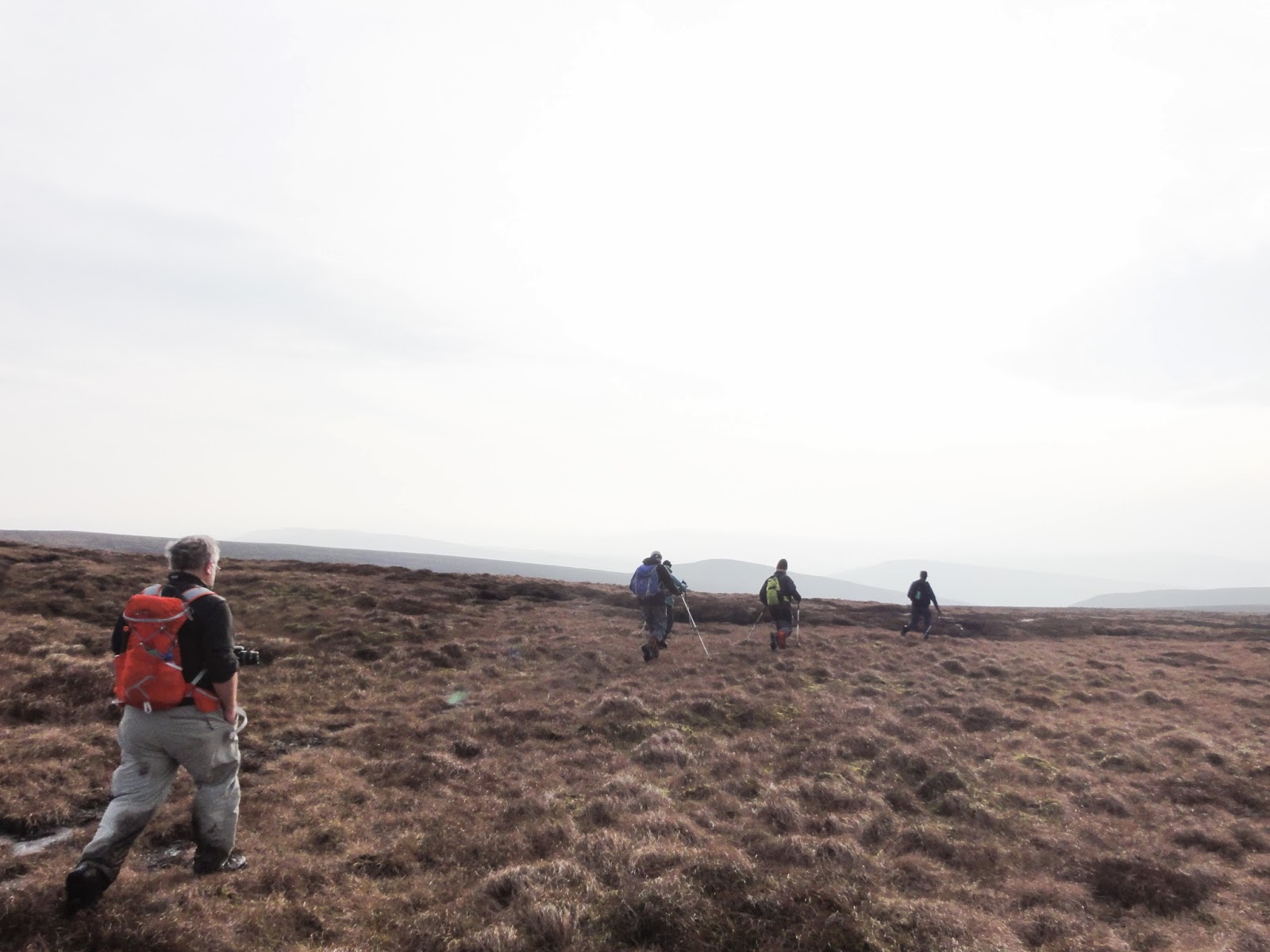 John Manning follows purposefully the race from wreck to wreck. 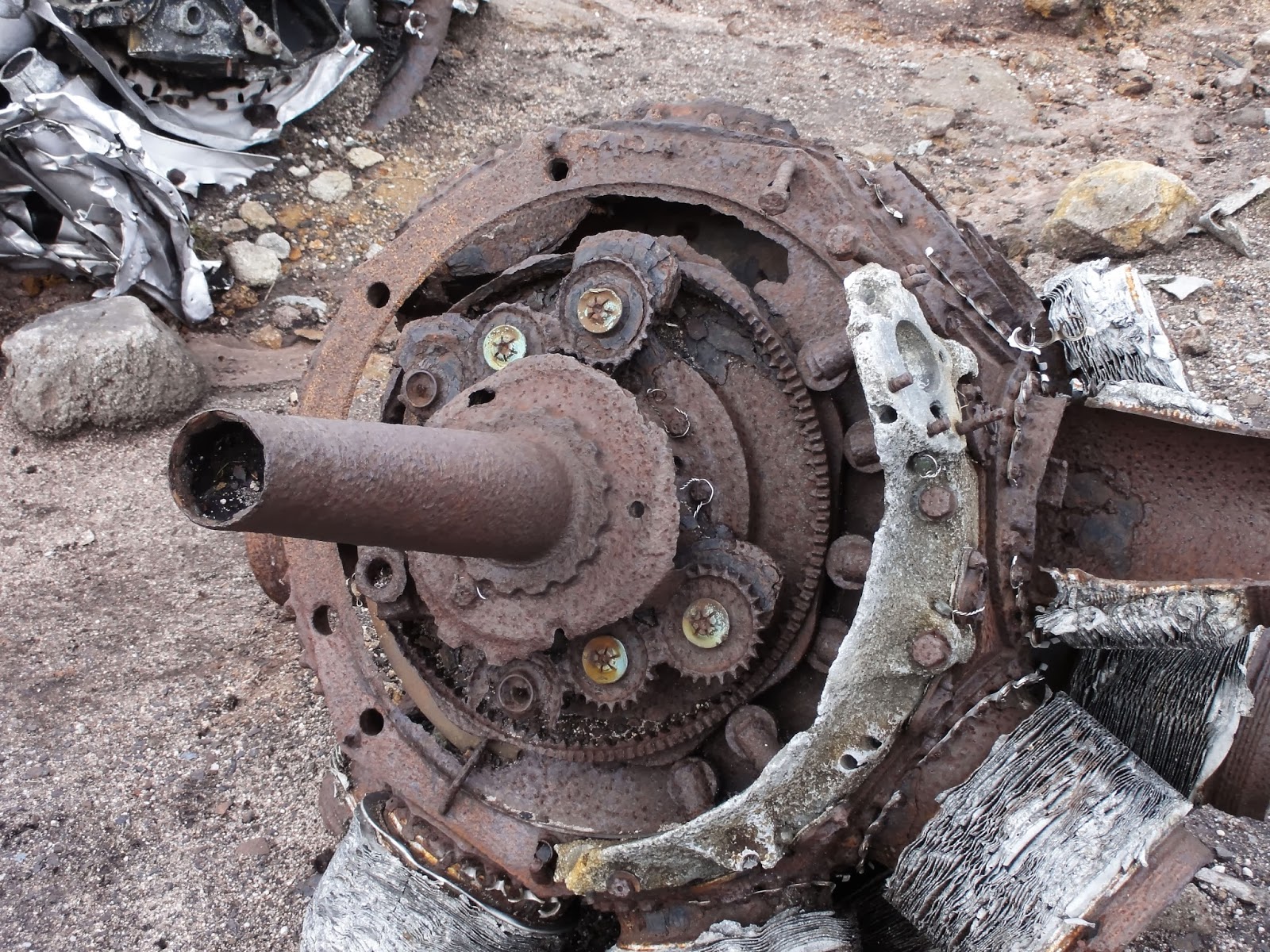 One of the four engines of the Boing B29 Superfortress. 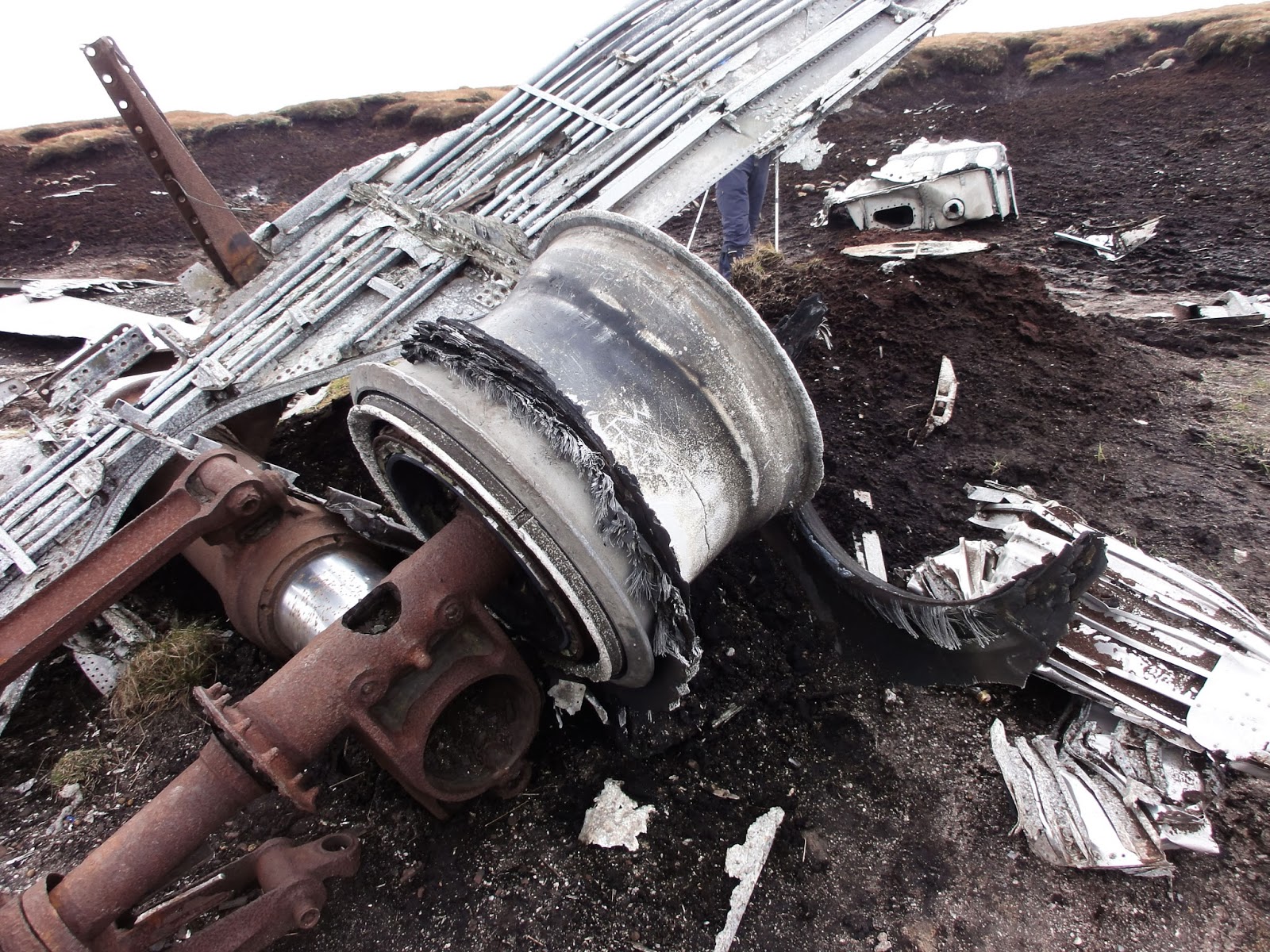 In the background some lightweight walking poles. In the foreground part of the undercarriage of a Boing B29 Superfortress still has some rubber attached to the wheel. 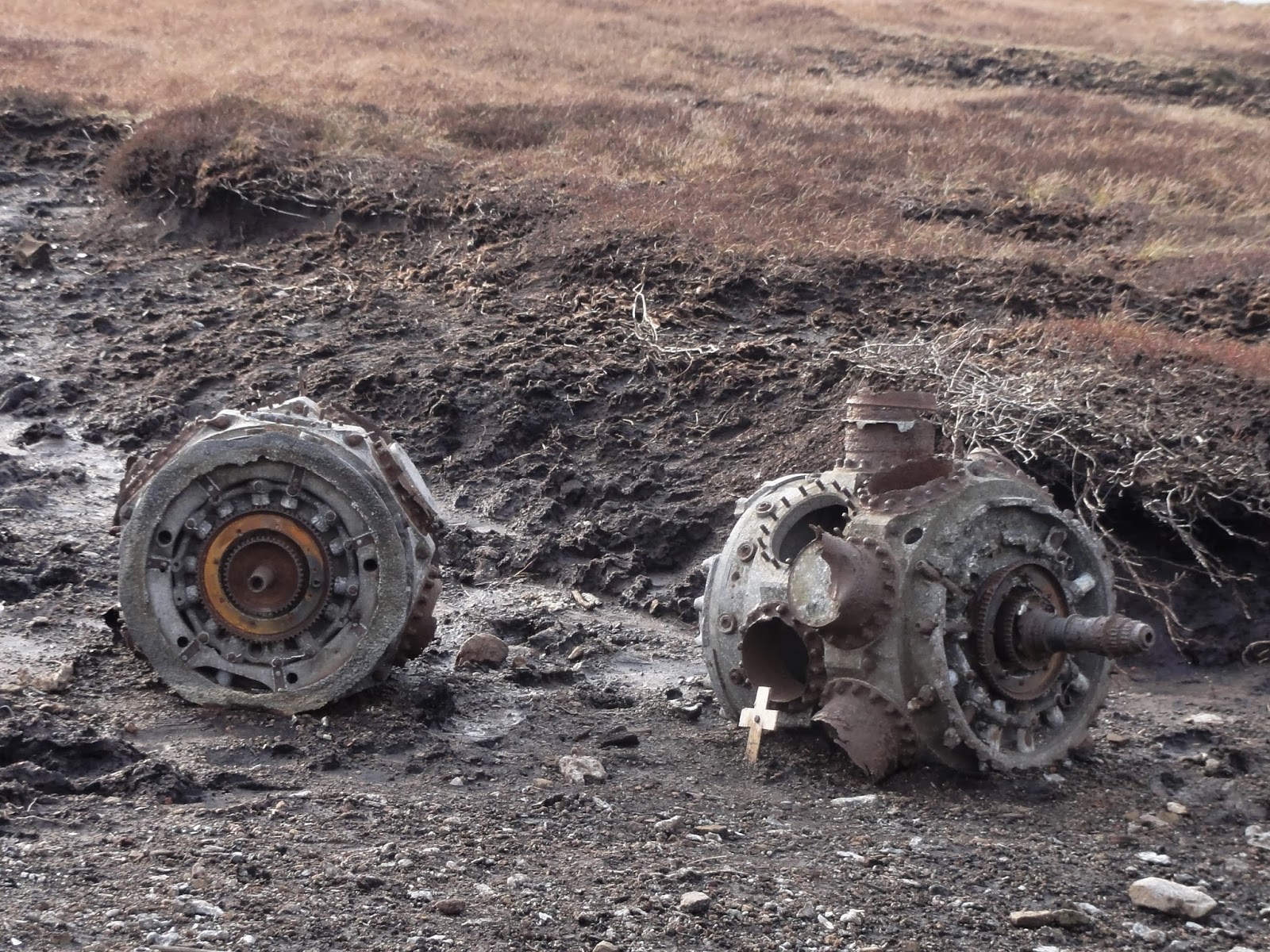 Many of the wrecks have small crosses to commemorate those that lost their lives. 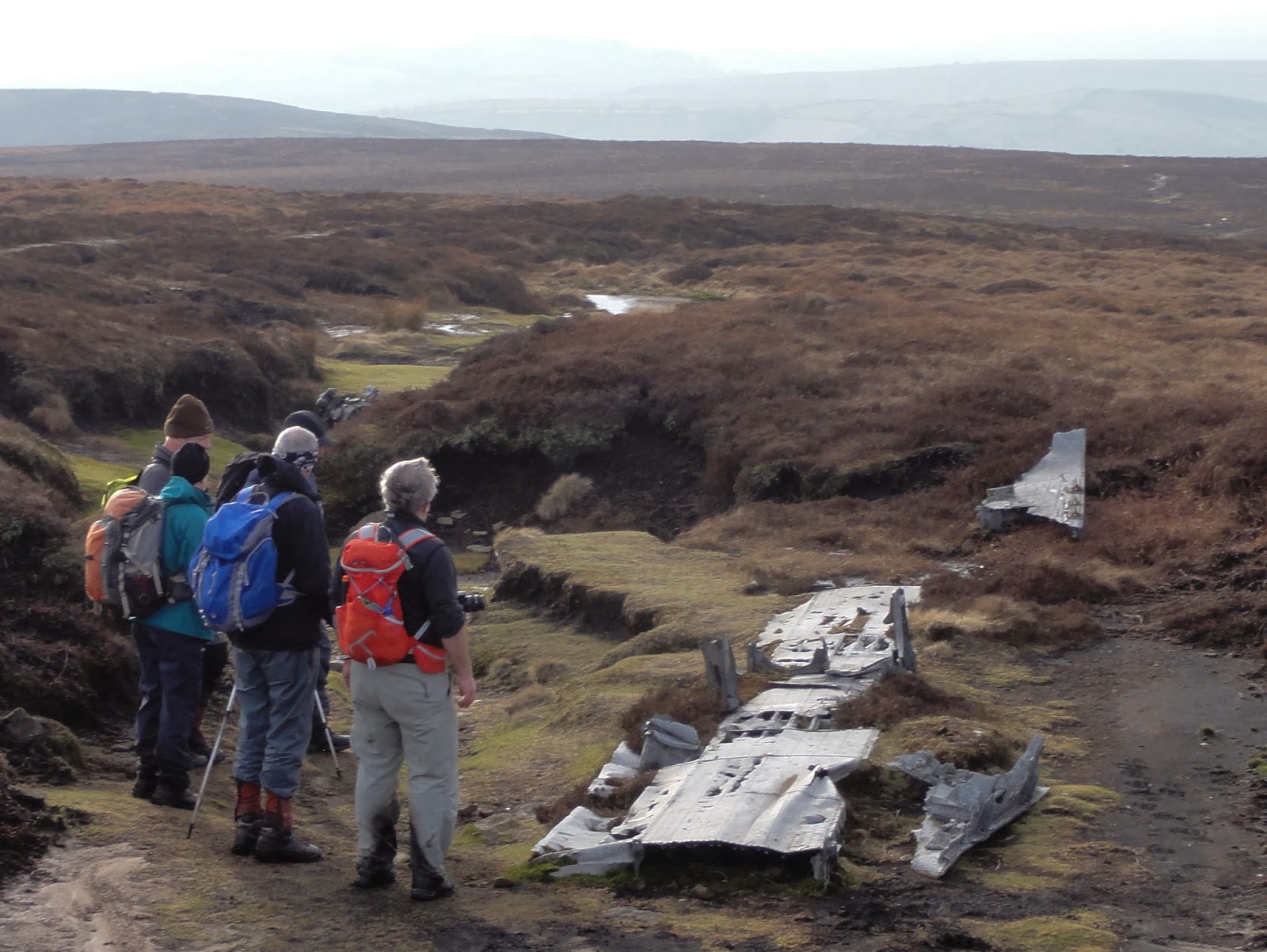 John, Geoff, Brenda, and Trevor contemplate the next wreck. The two airmen involved here reputedly survived to stagger down the road to the pub.

Taking their cue the remaining TGOers decided to miss the final wreck site prepared for them by Graham and headed down to the Inn for beer and food. Probably reported on elsewhere …