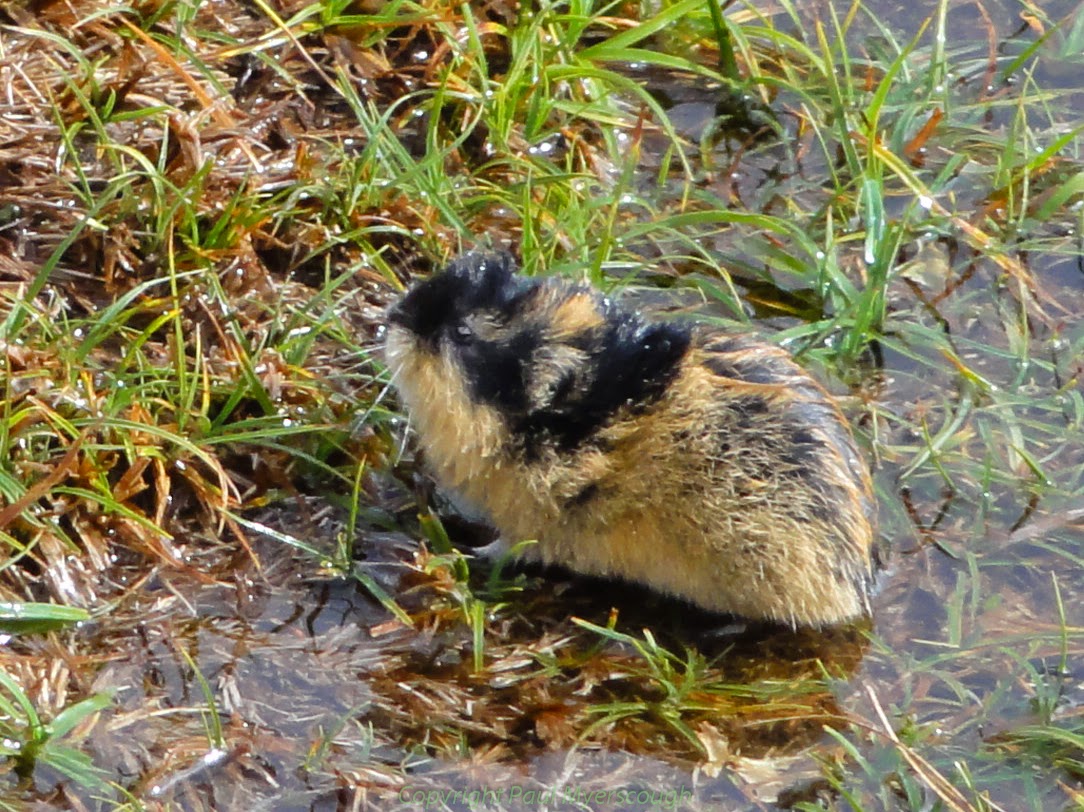 A September trip to Norway found us revisiting the area reported on here. We had been without snow before, but on previous occasions there were children to manage; this was the first time we could focus on grown-up pursuits like walking, picking berries, and chopping trees. 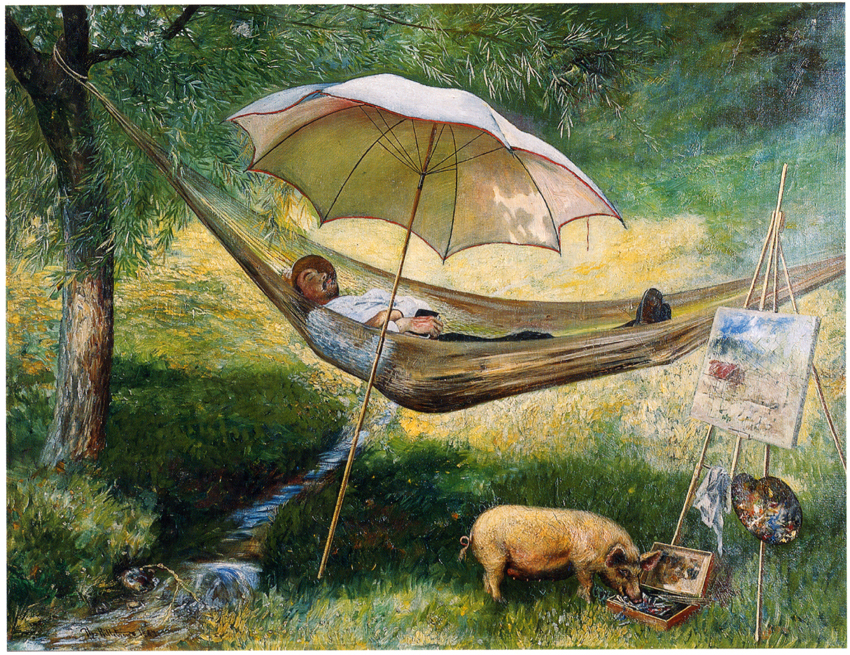 Norefjell lies 3 hours drive north-west of Oslo and provides the nearest high hills to the capital. The route passes the home of Kittelsen one of Norway’s favourite artist / illustrators and some of the hills en route are recognisable from his pictures. He painted landscapes and nature and illustrated books. His ‘Plague’ (black death) travelled from valley to valley in the form of an old lady; most of all he was famous for his pictures of trolls. A nice stopping-off point on the journey is the Blaafarveværket – an old cobalt mine now turned into a visitor attraction with a gallery and cafeteria.

Our destination was Tempelseter. We unloaded the car and carried our supplies through the trees into the hut which was pleasantly warm with the heating turned on by mobile phone the day before. With rain expected we quickly changed, racing to beat the gathering clouds, and headed up above the tree line. 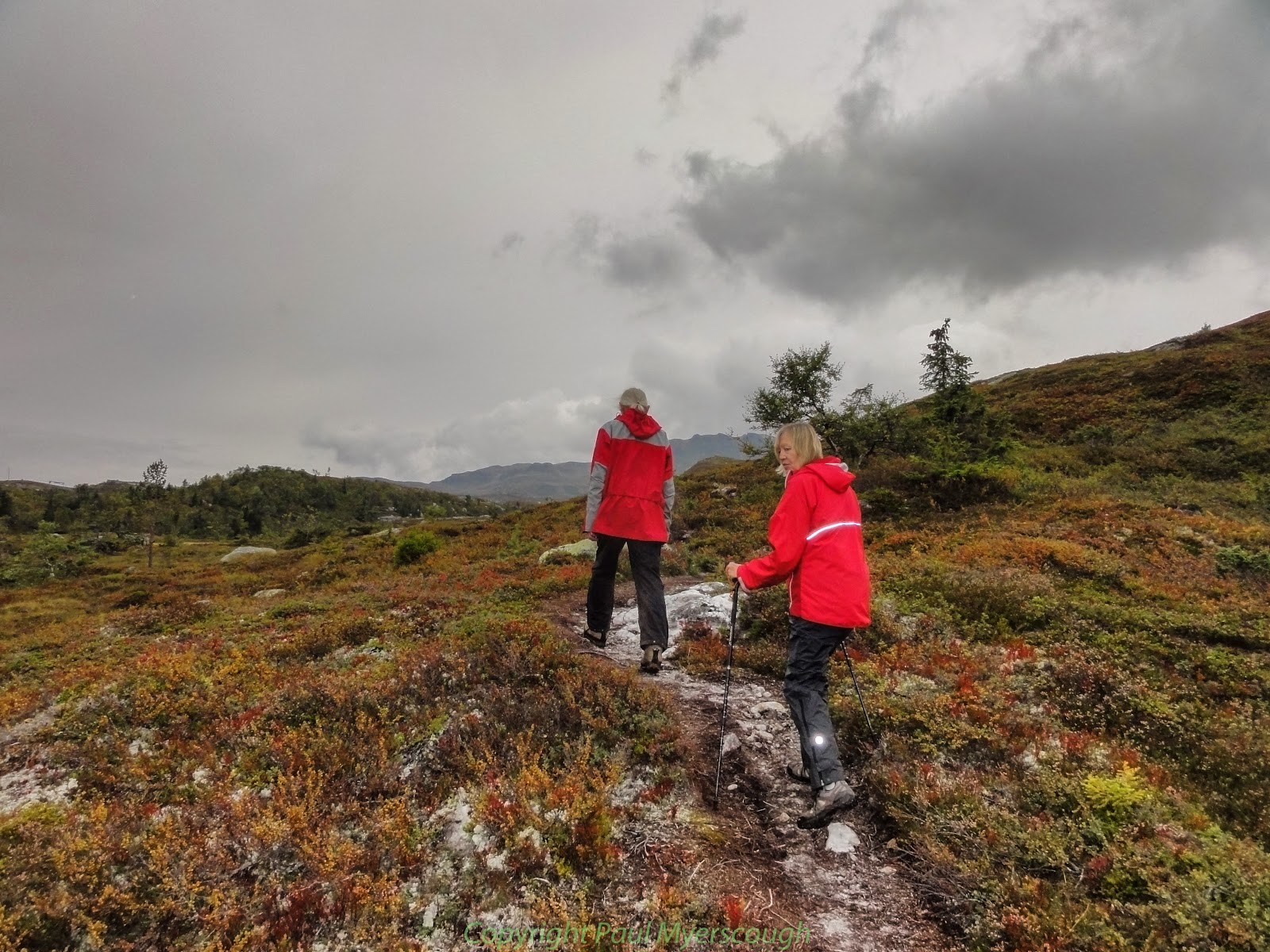 This is late in the berry picking season, however we were not disappointed. The main carpet was blueberries (bilberries or blåbær)– smaller and tastier than those UK supermarket monsters from Poland. These are regular eating material, great to collect for dessert but also to eat while waiting for the others to catch up. Looking similar, but not as tasty are Mikkelsbaer – supposedly good for flavouring liquor. Krekling translate to crowberry and are quite different – black, juicey with big pips that need to be spat out. My main target for collection was tyttebær apparently cowberry in English. This red berry is used in a jam to accompany roast meats and a requirement of our Christmas table. 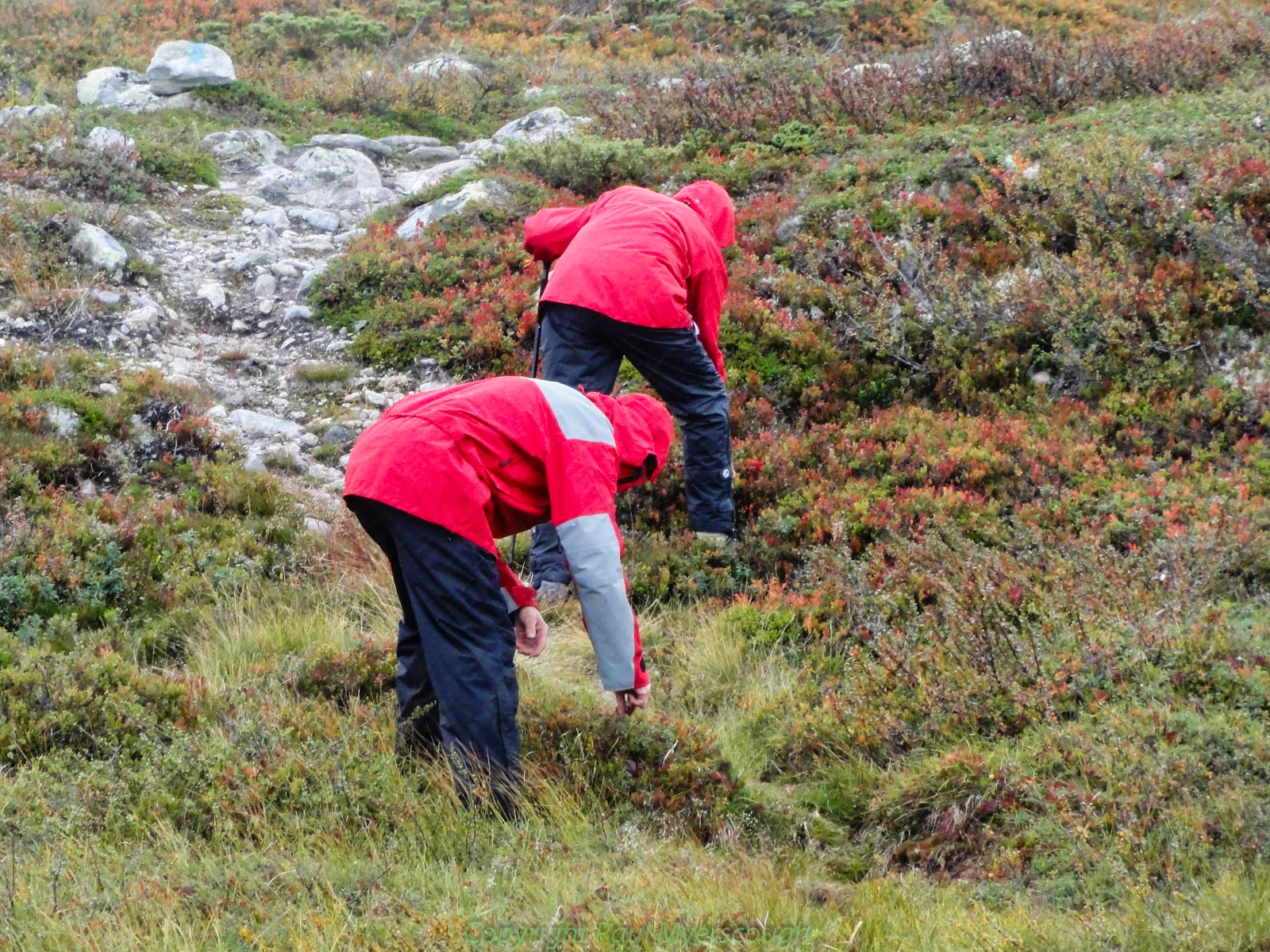 You can usually tell who’s been eating blueberries!

The next day brought fairer weather and we headed to some tops. Navigation on Norefjell is not difficult in good weather as the peaks are all features of the same large mountain mass and the direction home is always clear. To help though there’s a free map app which is worth knowing about, called Norgeskart it is available from the Google Playstore. Load frames over the internet before setting out to save on download time and cost. We found outstanding detail – for example showing a home-made greenhouse in a friend’s backyard. Although someone remarked that a few local paths were incorrect I found no problems and my phone became an excellent supplement to the map.

We started through the blueberry zone just above the treeline. With the hut at over 900m the climb to the high tops ahead is not too strenuous.

As the blueberries began to thin out, at about 1000m we noticed more and more activity in the sparse undergrowth. 2014 is a ‘Lemen’ year. A year in which the lemmings appear in great numbers. Most disappeared down their holes when then saw us, but the one in the picture below at least partially lived-up to its reputation – it made a great fuss, and much angry noise as it ran around and around eventually hiding under some krekling. It did not explode in anger however as they are supposed to.

Everywhere are tracks between lemming holes making a distinctive and unusual local feature on the ground.

Within a couple of hours we had reached to top of Ranten at 1420m with extensive views in every direction.

Heading down to avoid the forecasted deterioration in the weather we came upon a small patch of Molte or cloudberries (Rubus chamaemorus). This fruit is regarded as a great delicacy. With a subtle taste it is often prepared with whipped cream and sugar. It is relatively rare and so its whereabouts are often kept secret. The picking season is earlier in August and these specimens were past their best and not worth gathering.

We returned to the cabin just at the beginning of an 18 hour session of rain.

The next day was planned to be half work half walk. In fact only work was done; some hours working hard in the rain was enough! My job was gathering fallen trees and sawing and chopping ready for firewood. Another was painting window (frames) which was accomplished in the rain by taking them off one by one, blocking the hole from the elements, drying the frame inside the cabin, and then painting undercover. The engineer set himself the task of raising up the middle of the hut.

One of the concrete supports of the cabin was sinking into the mud. This affected the alignment of the interior, meaning door and drawers would not close as expected. A jacking platform was built that could be assembled around the concrete post. As the support was also tending to tip over a rope with a special adjustable winding (Spanish) design was tensioned around the concrete. Jacking was achieved by two hydraulic jacks matching the weight of the hut. Once the frame was raised by a couple of centimetres a piece of wood was added to the others already on the post.

Leaving the area we get a final glimpse of one of hills featured in several of Kittlesen’s pictures.